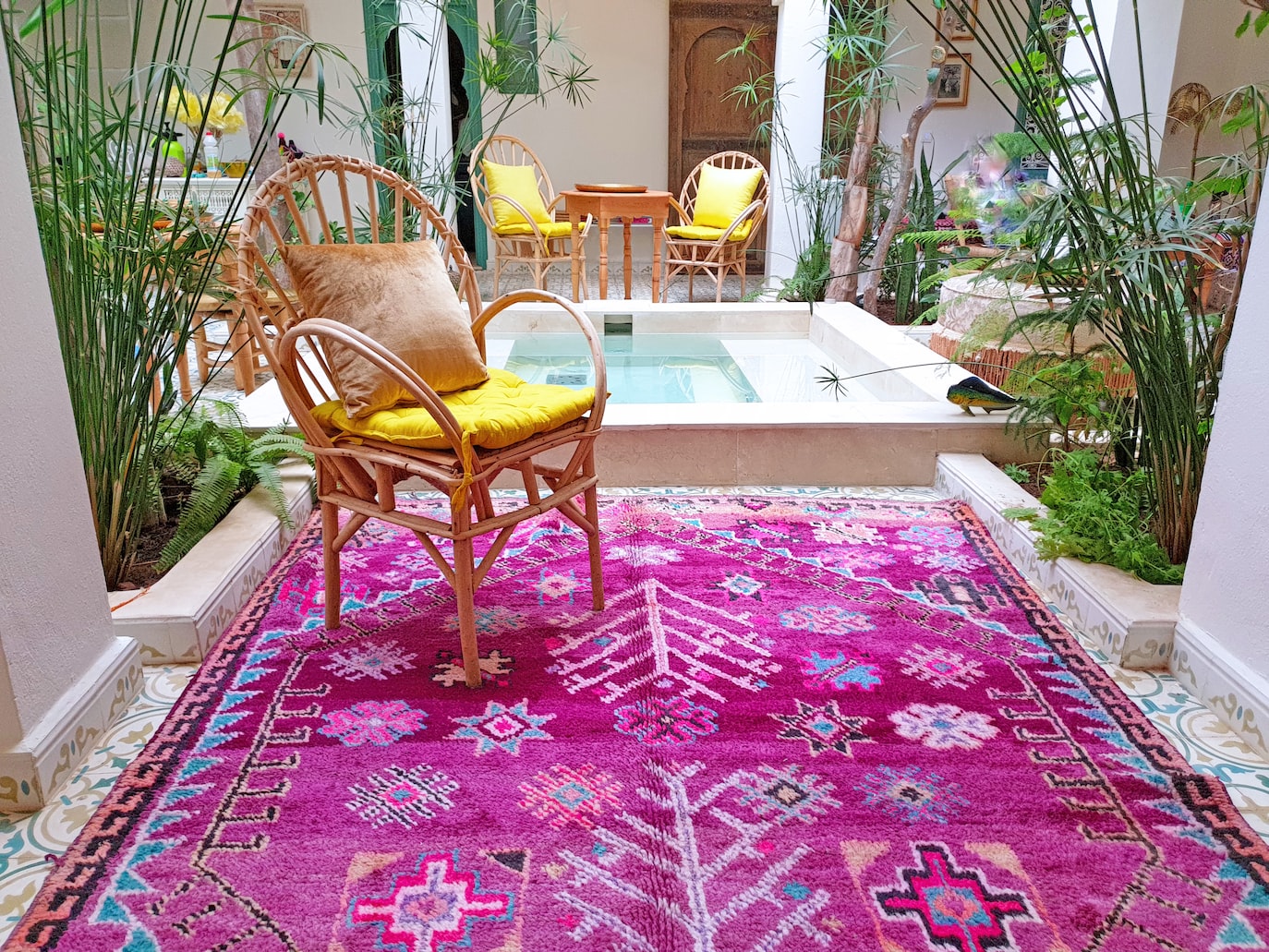 Amazigh's creations, like handwoven rugs, played a vital role in introducing a variety of symbols and colors that represent important meanings to the Amazigh ethnicity. In fact, they are considered one of the oldest artistic methods of expressing people's beliefs and values. These symbols and colors differ in each tribe and have a distinguished depth to them both traditionally and culturally. They also serve as a means to record, memorize, and pass their heritage to the generations ahead. Unfortunately, such an art form is witnessing a drastic decline recently, which resulted in losing most of the symbols and meanings to time.

There is little known about the origin of these sacred tokens as they date back to prehistoric times, however, it is believed that the tradition started with tattooing as a way to differentiate between tribes, as well as certain women’s marital status and symbolism of specific qualities. Whether around the eyes, on the palms or forehead, and other parts of the body. It eventually evolved into being used in handicrafts such as woven rugs, clothing, furniture, jewelry, deaneries, potteries, and many more. All of which carried a huge significance in representing the lifestyle of Amazighs and has been used to highlight the fertility of the land, the Amazigh beliefs the most, and especially the woman that keeps on contributing in enabling the culture and heritage to continue, grow, and develop.

Some of the Amazigh symbols and their meanings have survived to the present day through the resilience of Amazighs as a whole and their constant contribution in securing the continuity of this cultural heritage and others. In terms of composition, the Amazigh symbols are much simpler yet profound. They can be wobbly lines, V-shaped shapes, curves, dots, geometric shapes, and plant and animal forms and each symbol and sign have an elegant flow and a neat form to them.

While the meaning remains under debate, there is clear evidence from an inherited reservoir backing up their definitions. From symbols that reflect the Amazighs' nomadic lifestyle such as camels and date palms, both were crucial to the Amazigh lifestyle in the Sahara desert. To those that stand for agriculture like barley and seeds which benefit the people as well as reflect their lifestyle that depended on farming also, cattle like sheep that is seen as a sacred animal because of the many items that can be crafted using its wool. Additionally, symbols that represent the purpose of spiritual protection like snake spines, scissors, diamonds, zigzags, and more. The symbolism is therefore associated with nature the most, as it's the main source behind every artistic Amazigh creation. Further, all these tokens served as a way to express the exclusive Amazigh cultural and ethnic identity as well as an aesthetic and decorative aspect. 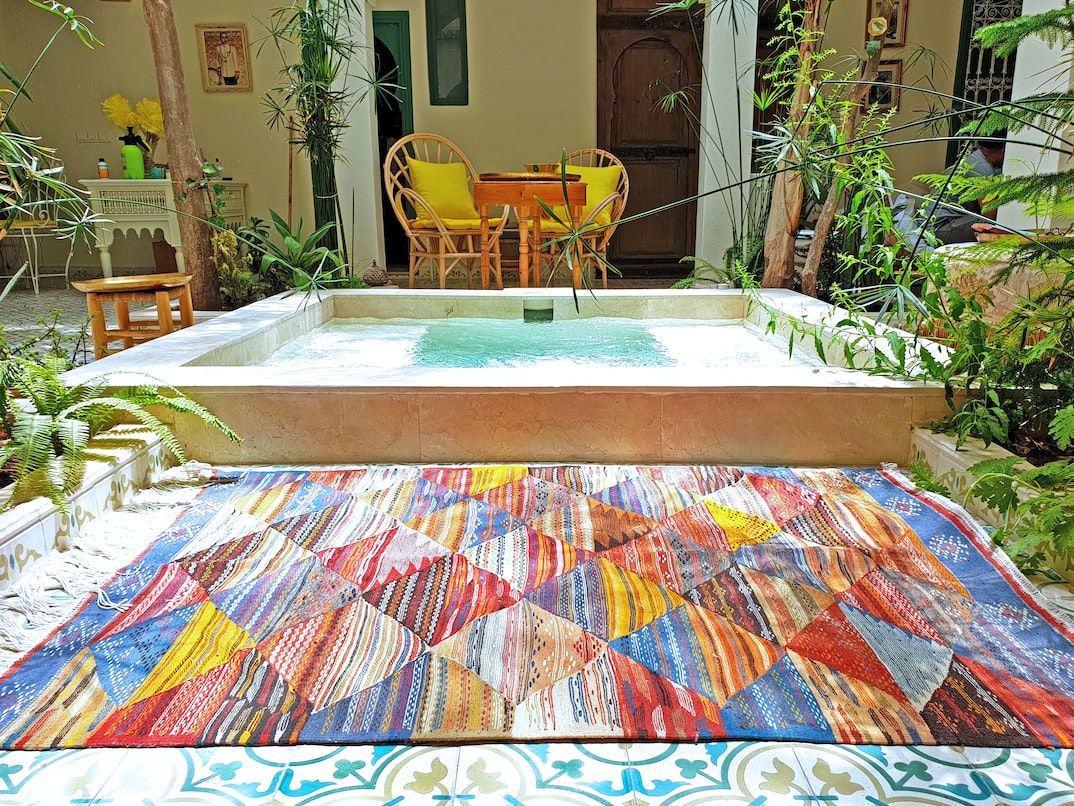 Symbolism isn't only subjected to symbols and signs, but colors as well and one cannot be complete without the other. Same as symbols, colors hold a great significance and representation to both Amazighs and their land; each color symbolizes a certain element whether in nature, human, or spirit.

Depending on the content of its use and the intentions behind applying them, colors in the Amazigh demonstration could reflect either a literal meaning, a symbolic meaning, or both. For example, red generally represents the color of love and blood but considering the rural environment of the Amazigh people, red could reflect the reddish-yellow color of sand and date palms. Green on the other hand is the color of plants which represents nature, life, and fertility. It is also associated with "Henna" leaves, thus a symbolization of healing powers due to the many specialties it is used for. Additionally, despite the negative connotation of the color black, in the Amazigh culture, it can indicate the fertility of the land as it represents the color of rainy clouds. Through Amazigh symbolism, one could study a lifetime of rich history and tradition that has withstood the test of time. It represents a deep connection between Amazigh's manifestation and beliefs aligned with people's commitment to maintaining such cherished art. However, It should be noted that the significance and authenticity of symbolism in the Amazigh community are changing over time as life conditions change as well.